Stella McCartney – Music And Fashion Were Always My Passion.

British fashion designer Stella McCartney hosted the annual Christmas lights switch-on at her Bruton Street store. Dame Edna Everage was the special guest who switched on the lights. McCartney said, “The brief is to have fun. I have been dying to get Dame Edna for so long, I’m chuffed.” 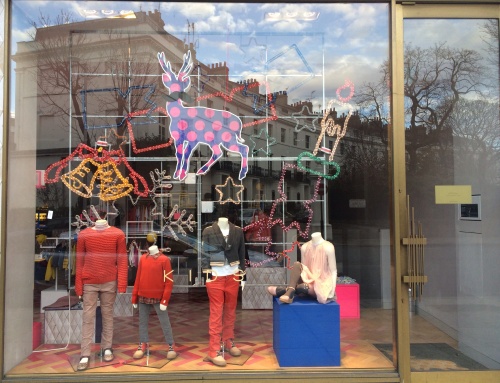 The Brompton Cross store includes the first ever Kids stand alone store for children up to age 12. (photo – worklondonstyle)

Stella was appointed team GB’s Creative Director for the 2012 Olympics by Adidas, having established a long term-partnership with Adidas in September 2004. (photo – worklondonstyle)

Stella McCartney, the daughter of former Beatle Paul McCartney and photographer, musician and animal rights activist Linda, showed her first collection in Paris in October 2001. She received an OBE in the 2013 New Year Honours for services to the fashion industry.

Stella received the VH1/Vogue Designer of the Year Award in New York in 2000. Her father Paul McCartney, presented the award and she dedicated it to her late mother.

In February 2013 Women’s Hour on BBC Radio 4 assessed her as one of the 100 most powerful women in the United Kingdom. 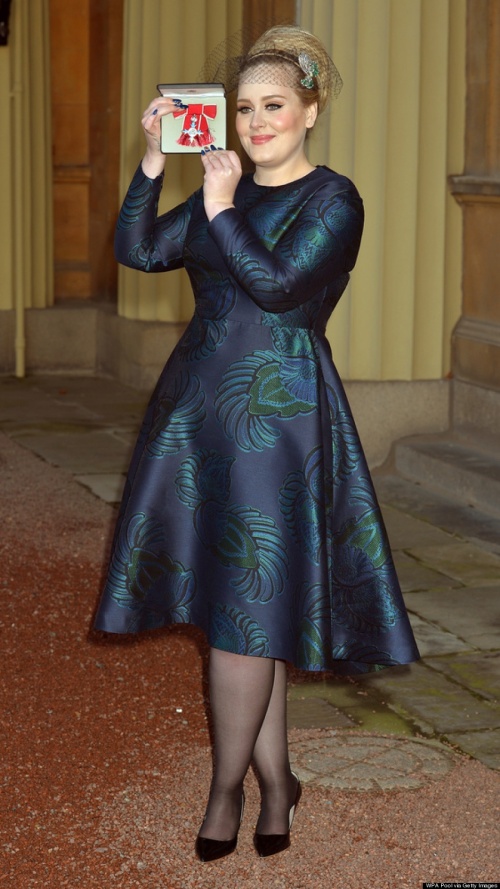 Adele wearing a Stella McCartney dress to receive her Member of the Order of the British Empire award for services to the music industry at Buckingham Palace. (photo – Getty)