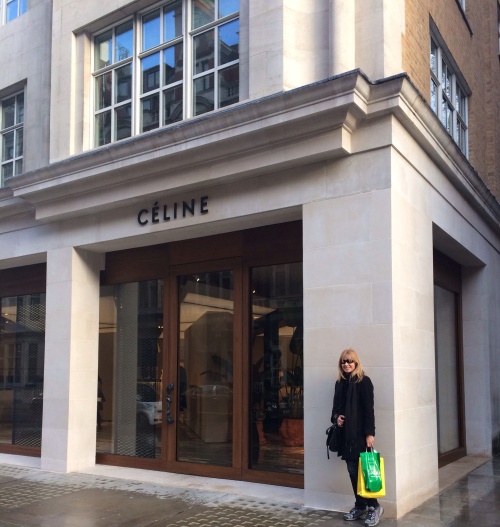 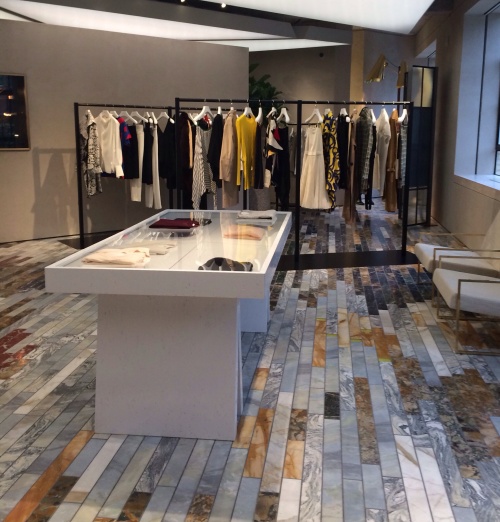 Geometric shapes were integral to her accessories for the season. Bags featured square handles coupled with cubic bangles and chunky, rectangular platform shoes. 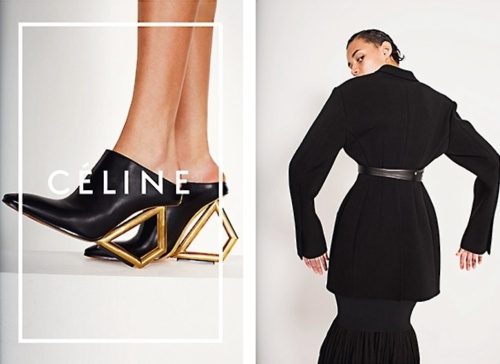 In a move away from her usual minimalism and understated elegance, Philo introduced bright colours and bold graphic prints for Spring /Summer 2014. The layered look and asymmetrical pleated skirts were teamed with coats and blazers. 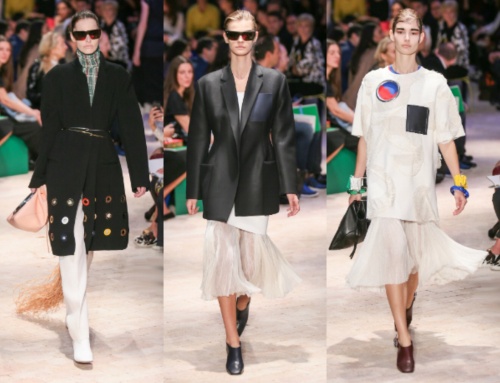 Travel informed the Spring/Summer collections of many designers at Paris Fashion Week. It is represented by colourful tribal prints in the collection at Celine.

Dressed for speed in Nike Air Max during an interview with Vogue. ( photo – David Sims)

Marc Jacobs sported the trainers at the British Fashion Awards, whilst other supporters include Gisele Bundchen, Rita Ora, Cara Delevingne and Kate Moss.

The trainers named after US tennis player, Stan Smith who won Wimbledon men’s singles in 1972, had a fashion hey day in the 90’s. More than 22million pairs were sold.

Adidas Stan Smith Originals will be available in the UK from middle January 2014 at £67 per pair.