Tag Archives: How to be a Domestic Goddess

Nigella Lawson – The Taste of Success.

British celebrity chef Nigella Lawson is returning to British television screens in January In ‘The Taste’. The show aired in its original format in the US on ABC in January 2013. As in previews shows, Nigella will be seen tasting and enjoying great food. She says, “At my age, being thin is not a good look. Eating is my anti-aging remedy”.

Nigella glamorous in curve-hugging purple for the show ‘The Taste’ in the US. (photo – AP) 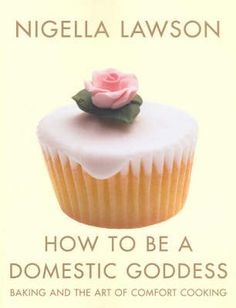 Her first book introduced her as a woman with a passion for life and food and helped start a cupcake revolution.

‘Nigella Bites’ accompanied the channel four series that established her as a sensual cook adored by men and women globally.

The reality style show is described as a mix between a talent show and a cooking competition. Each of the experts coach a mixed team of amateur and professional cooks and at the end of each episode the judges sample the dishes blind without knowing who cooked it or even what the dish is.

The US version of ‘The Taste’ with Ludo Lefebvre, Anthony Bourdain, Nigella Lawson and Marcus Samuelsson. (photo – ABC) 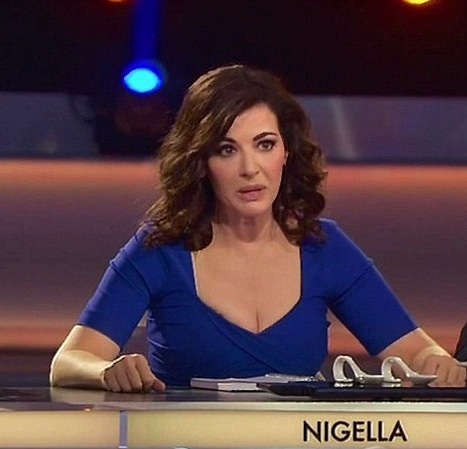 Nigella as mentor and judge on ‘The Taste’. (photo – XPUSJP)

Nigella doing the taste test in a scene from the new show.