Jenna Lyons, president and creative director of J Crew is the force behind the rapid sales rise at the North American brand. Rising through the ranks since graduating at age 21 from Parson’s School of Design in New York, the 44 year old is a high profile woman in consumer fashion; one of only three on Time Magazine’s 2013 top 100 most influential people list.

Five years ago on Monday, October 27, 2008 Michelle Obama appeared on The Tonight Show in a complete J Crew outfit. Drawn on her shopping habits she replied,”When you don’t have time, you’ve got to click.” 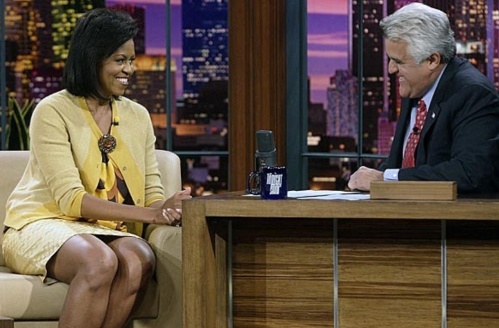 On April 1, 2009 Michelle wore J Crew’s Crystal constellation cardigan and the Dazzling-dots pencil skirt in mint green whilst joining Sarah Brown for a meeting at Charing Cross in London. 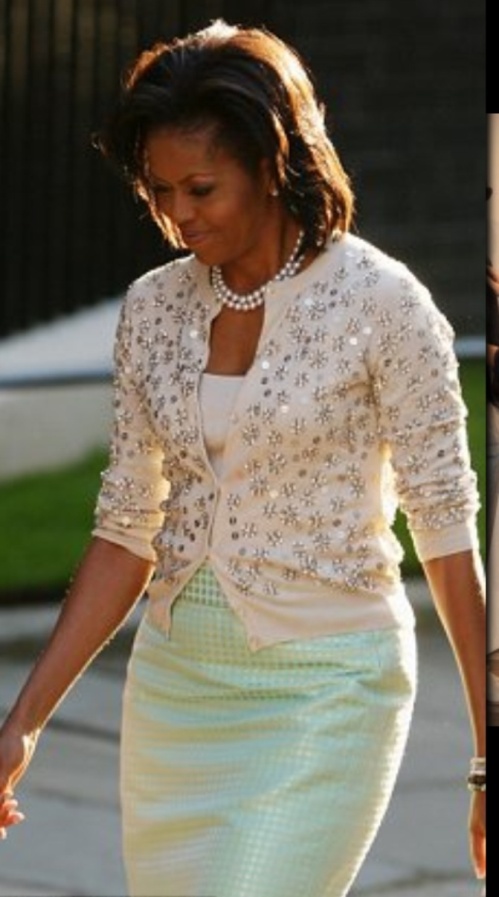 The 30 year old brand started out as a mail order specialist and runs 249 stores in North America. The long awaited opening of the Regent street store brings the mismatched, masculine meets feminine style of Lyons to central London. Expect to pay up to 40% more than in North America. Layering is key to the J Crew look with oversized statement necklaces and bejewelled cuffs to finish off an outfit.

Lyons manages the branding of the clothes and stores.

Jenna has been in the press for her relationship with girlfriend Courtney Crangi after a very public divorce from husband, Vincent Mazeau. Her style is central to the brand’s transformation and success.

Jenna wearing a pink maxi skirt and denim jacket at the Costume Institute Gala in 2012.